The Fallow Curves of the Planospheres 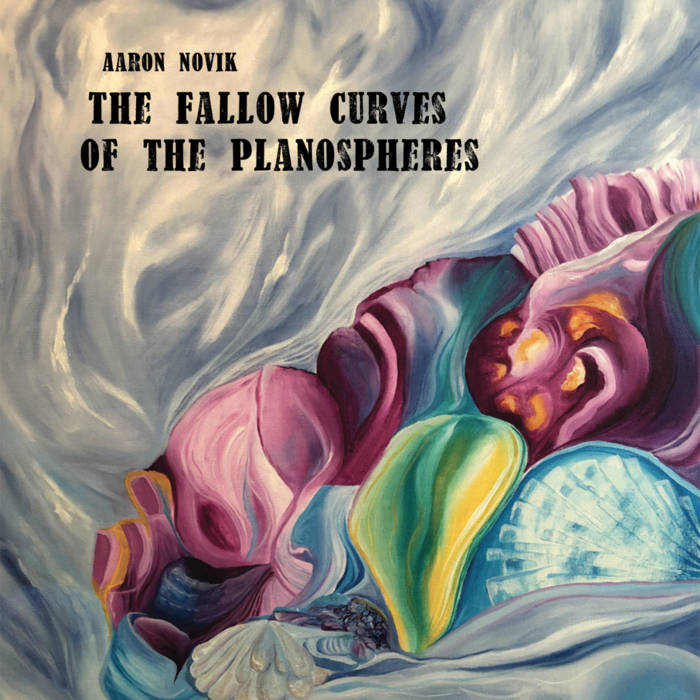 Never one to limit himself, Aaron Novik is set to unveil five EPs’ worth of material that have been incubating amidst the bass clarinetist’s myriad musical involvements, which include Fred Frith’s Gravity band, his own ensembles No Signal, O+O+, Dante Counterstamp, and his comic book/album series Frowny Frown.

With plans to release all five titles between late summer and the end of the year, Novik kicks off the EP series with a July residency at John Zorn’s experimental nonprofit venue The Stone, along with a full-length compilation of material that spans the whole set, titled The Fallow Curves of the Planospheres, out digitally and on cd on July 19th and available at the shows.

Each EP consists of a suite corresponding to a particular locale and/or musical framework:

1. The Hotel of 13 Losses
(Inspired by Steve Erickson’s book Our Ecstatic Days, where a gondola traverses a water logged LA through a Hotel, where each room signifies a different loss in you life.)

3. Berlin
(Both named for cities Novik traveled to on his own in search of a permanent place to settle.)

Taken together, the five suites encompass Novik’s versatility, as well as his personal journey since uprooting from the Bay Area --- Novik’s homebase of 17 years, during which time he led several groups including Gubbish, Kipple, Floating World, Love Triangle Elementary School, etc and released records under his own name, culminating with 2012’s Secrets of Secrets, his investigation for Zorn’s Tzadik label of the quest for God and meaning in a brutal, unforgiving world as inspired by a 13th-century Kabbalistic text by Rabbi Eleazer Rokeach.

At the opposite extreme, Novik has worked for the past ten years on Frowny Frown (itself a six-album series), which he describes as “a lot of major chords and triumphant, almost cartoon-y music.”

The new EPs (and accompanying compilation) run the gamut of styles and moods in between, as Novik deftly weaves in and out of the jazz/avant-garde mold, touching on swing ("Part 2"), noise ("Part B"), field recordings ("Ballroom of Lost Faith"), minimalist/tribal percussion ("Berlin") and gorgeous Eastern European scales ("Garden").

"I just started making up arbitrary rules to try and get myself to different places."

Variation aside, a sense of wistfulness and longing provides a common thread: "When I was writing the Rotterdam music, for instance, there was something very beautiful that I was trying to convey. I was far enough north where I think it was getting dark around 10pm! There were these really long sunsets that were creating a very peaceful feeling, but when I listen back now it sounds really sad to me" --- a mindset Novik no longer finds himself in.

"I'm turning 45; I'm getting married --- I felt like it was time to clean the slate and focus on being here in New York and what I want to do here."

In a fortuitous oversight, Novik and his soon-to-be spouse Ariadna Garza (who supplied the Fallow Curves cover art) booked their wedding with Novik having forgotten that the Stone residency is scheduled for just a few days later. Which means several of his old Bay Area musician friends will be on-hand to join him. (See full program below.)

I enjoy playing with genre and have a hard time defining/confining myself. In the past few years I have written music for different projects that could be defined as pop songs, chamber classical, psychedelic jazz, klezmer folk and even heavy metal. Within these obviously disparate stylistic choices are a unifying compositional esthetic that slowly reveals itself the more projects you hear of mine. ... more

Bandcamp Daily  your guide to the world of Bandcamp